Board of Commissioners (BOC)

The Board of Commissioners is responsible for protecting the rights and interests of shareholders and management of PT. Jakarta Setiabudi Internasional Tbk. The board has a responsibility to make sure the company has made the principles of good corporate governance of the company. 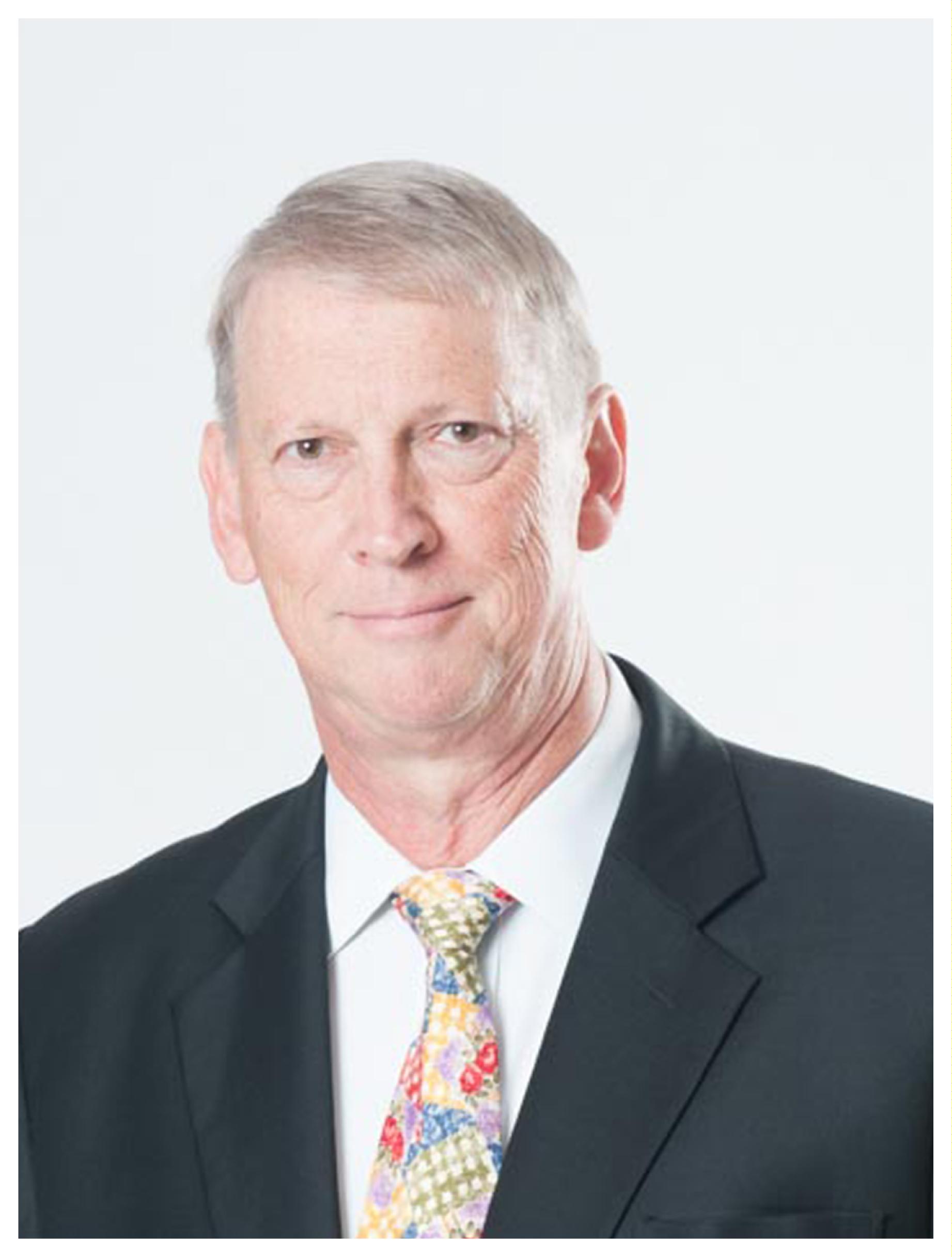 Mr. Slack has been a prominent figure in the finance industry in Indonesia with experience in a number of

industries including property, banking, power generation, education and mineral resources. He served at PT Astra International Tbk as Finance Director until 2005 and his responsibilities included serving as Commissioner in PT Astra Agro Lestari Tbk., PT Toyota Astra Motor, PT Astra Graphia Tbk, PT FIF and ACC Credit companies. In 1980 he became a Fellow of The Institute of Chartered Accountants in England and Wales.

He also serves as a Board member of the British Chamber of Commerce in Indonesia. 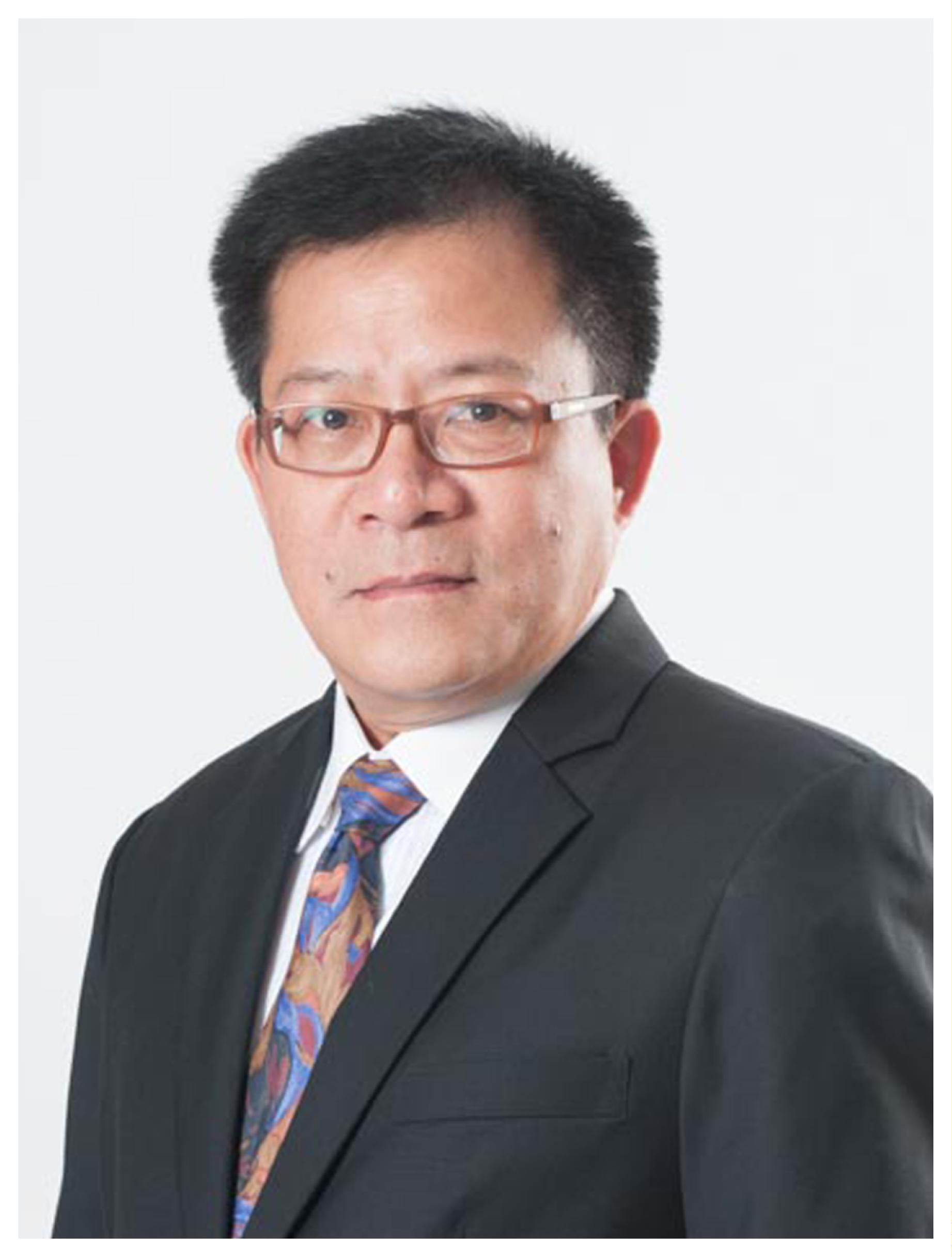 Known as a founder of BaliCamp, a major software developer, Mr. Tenggarahardja acquired his experience in

managing publicly listed properties and real estate companies when he held the position as Executive Director of PT Duta Pertiwi Tbk., and then a Director of PT Bhuwanatala Indah Permai Tbk.

He started his career at Schlumberger OSA as an International Field Engineer, then moved to Bank Bali as Assistant Manager, and then joined PT Sampoerna Transport Nusantara as General Manager.

He graduated from Bandung Institute of Technology in 1982 with a degree in Civil Engineering. 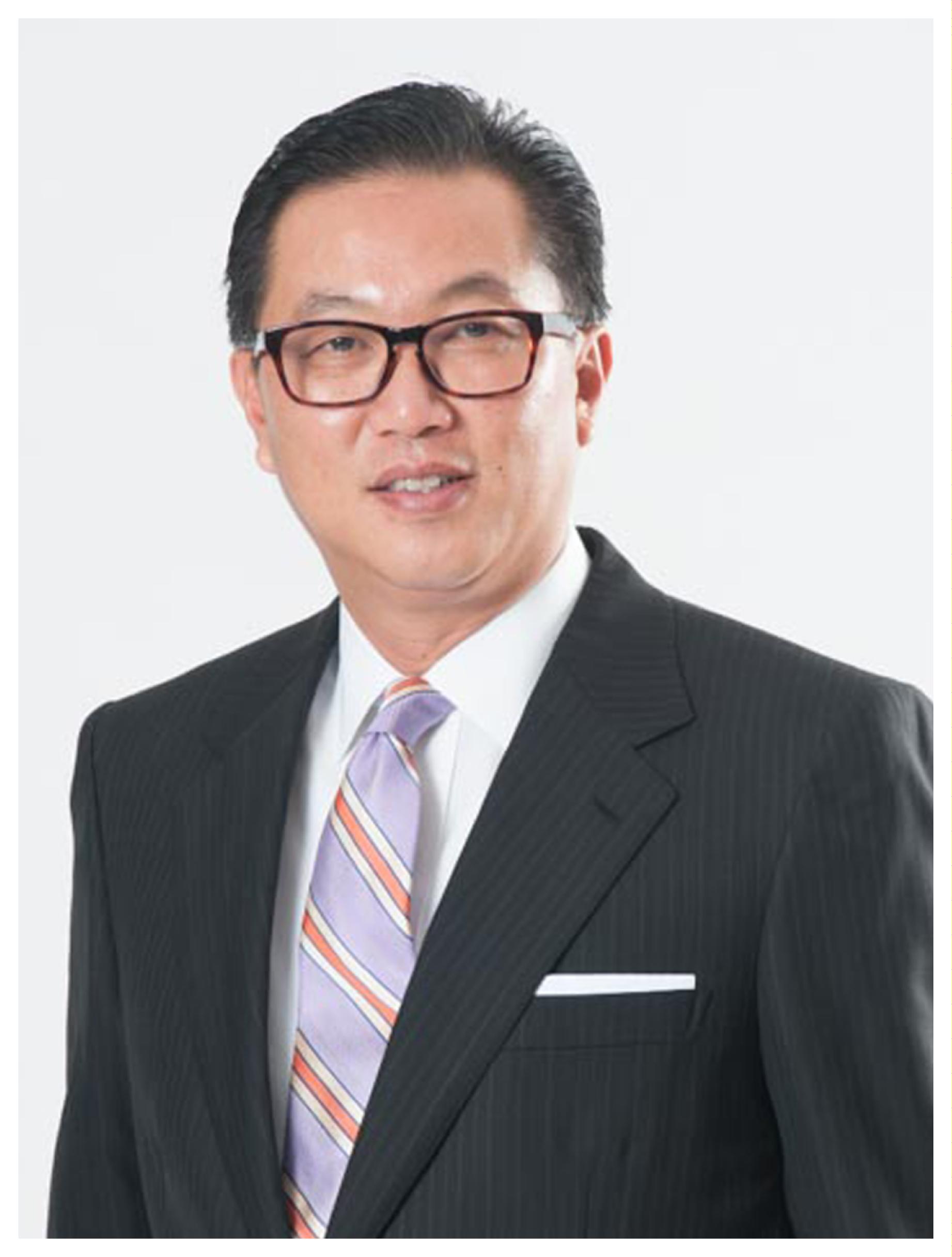 Indonesian citizen, 60 years old. He has held the position as Commissioner of PT Jakarta Setiabudi Internasional Tbk. (the Company) since 2009. Previously he was President Director of PT Dharma Niaga and Director of PT Gunung Sewu Inti Management. He was also Managing Director of PT Duta Anggada Realty Tbk.

He graduated as an Accountant and Master of Business Administration from Chaminade University, Honolulu, USA. 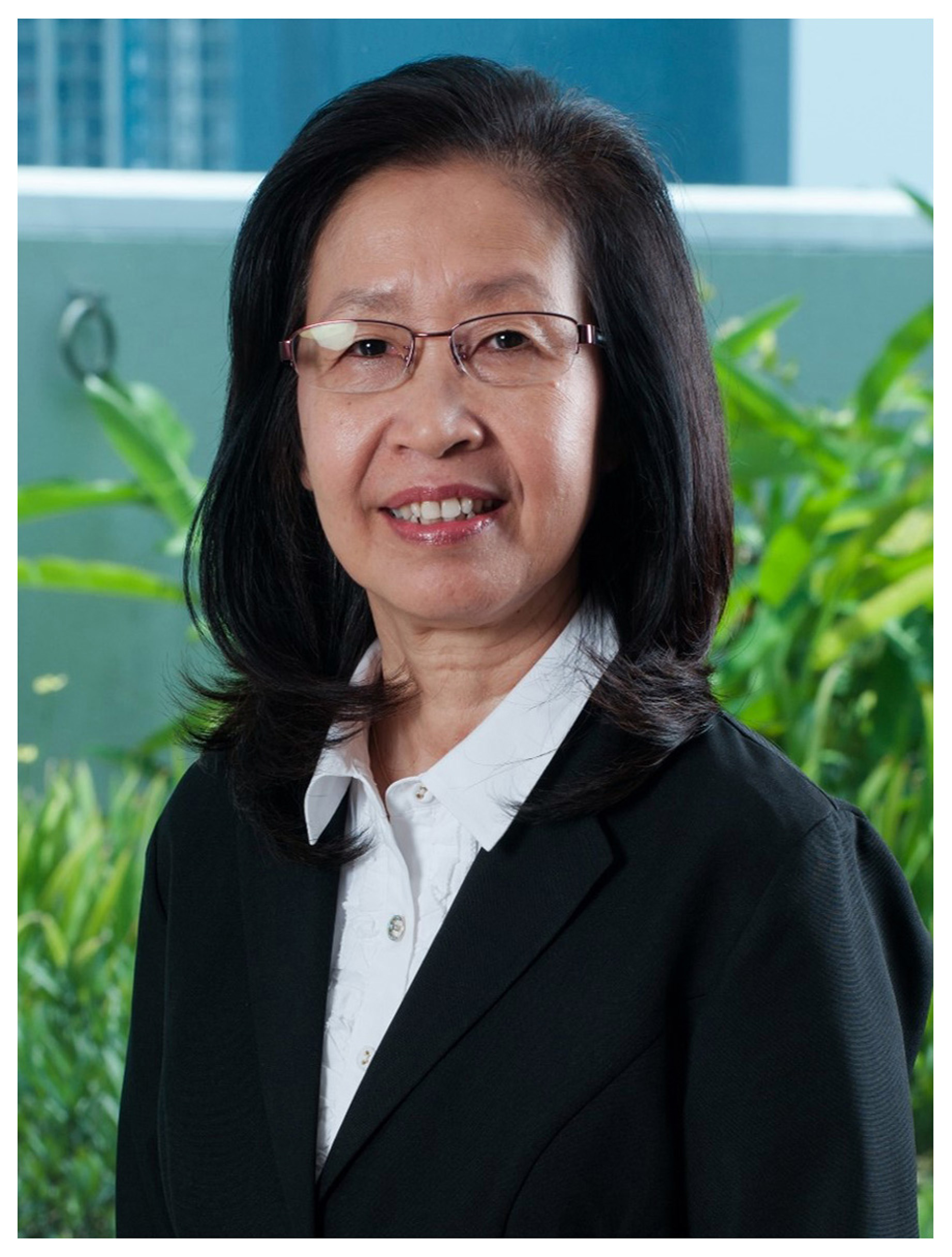 She joined the Group in 1989 and has held various positions as Group Director of the Company and is one of the Senior Executives who has been assigned to each of the Company’s business lines. 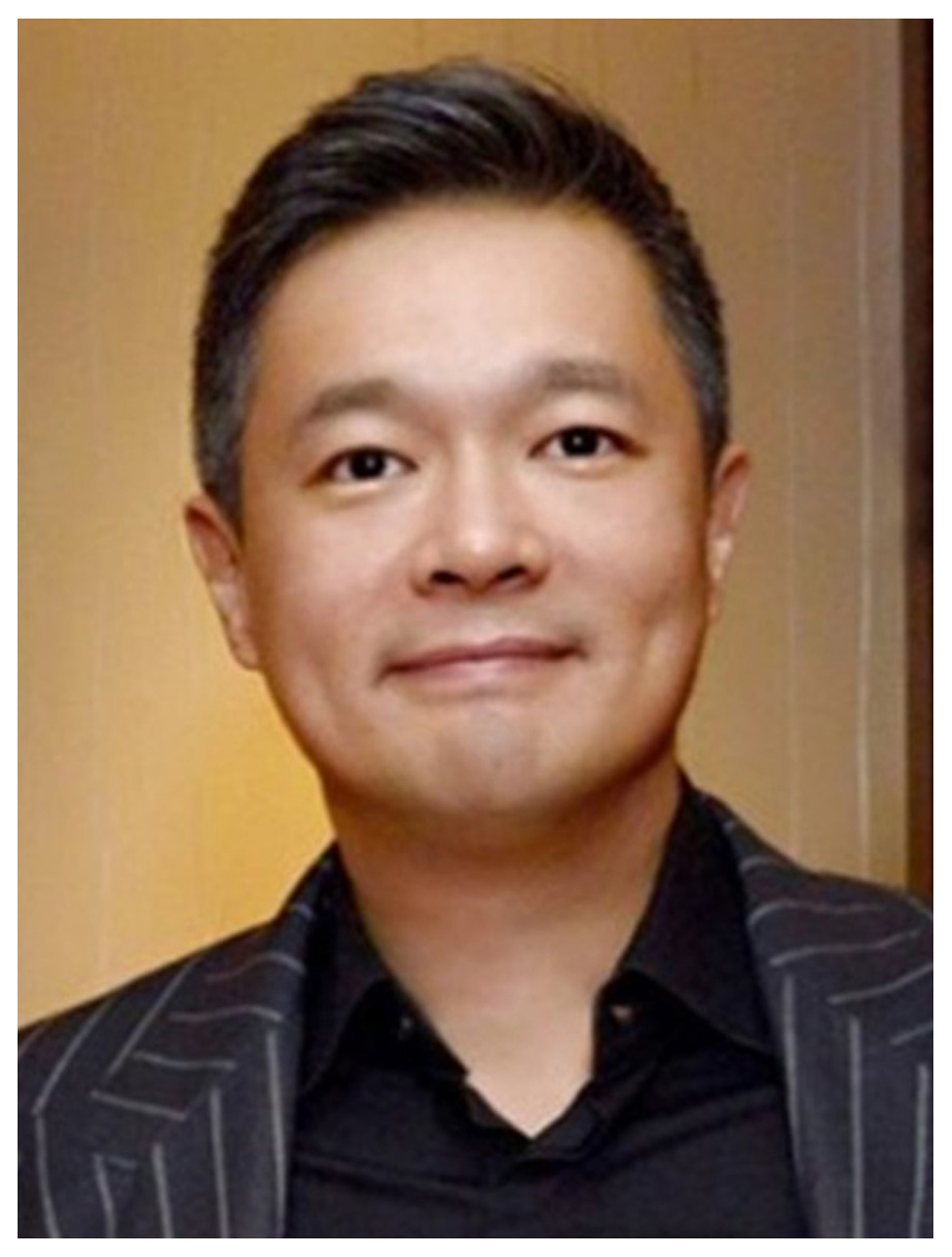 Known as a founder of Vision Investment Management. 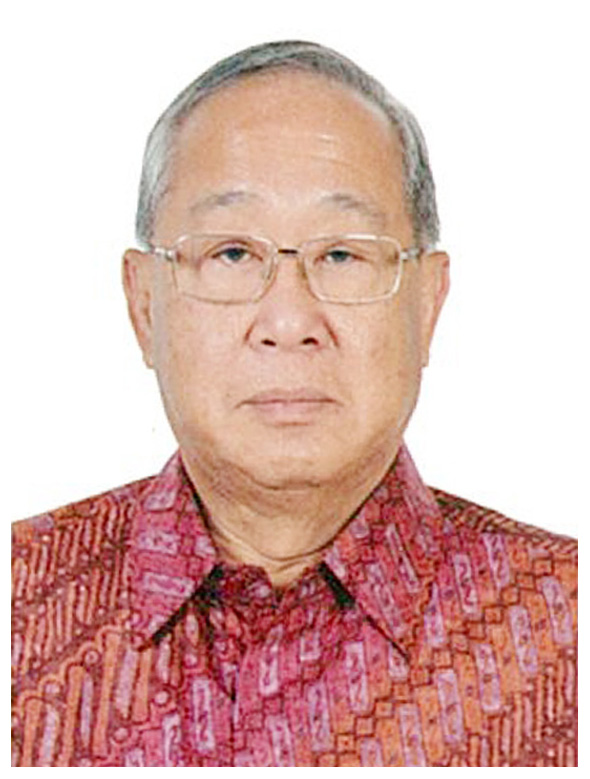 Graduated from the University of Indonesia in 1968 with a Bachelor's degree in Economics.

Board of Directors (BOD) Indonesian citizen, 61 years old. As President Director, Jefri Darmadi is responsible for the supervision of investment, development and activities of the Company as a whole.

He joined PT Jakarta Setiabudi Internasional Tbk. (JSI) in 1997, he has held various strategic positions, among others, Commissioner, Director and/or Vice President Director.

Before joining JSI, he worked for the Bank of Tokyo, New York, followed by working for CitiGrowth Funds (now: Sycamore Venture Capital) in New Jersey.

He obtained his Bachelor of Science in Management from Golden Gate University, and Master of Business Administration from the University of Chicago. He graduated from Harvard Business School majoring in Owner President Management (OPM). Mr. Prawiro joined the Company in 1989, and has held various executive positions, such as Commissioner and President Director of JSI, Hotel Division Chief Operating Officer, and Commercial

Before joining the Company, Mr. Prawiro was the Vice President and also the Real Estate and Structured Finance Division Head at Citibank NA, Jakarta, where he successfully pioneered and developed the real estate division into a key business.

He attained his Bachelor’s degree in Architecture and Master of Business Administration from the University of New South Wales, Australia. 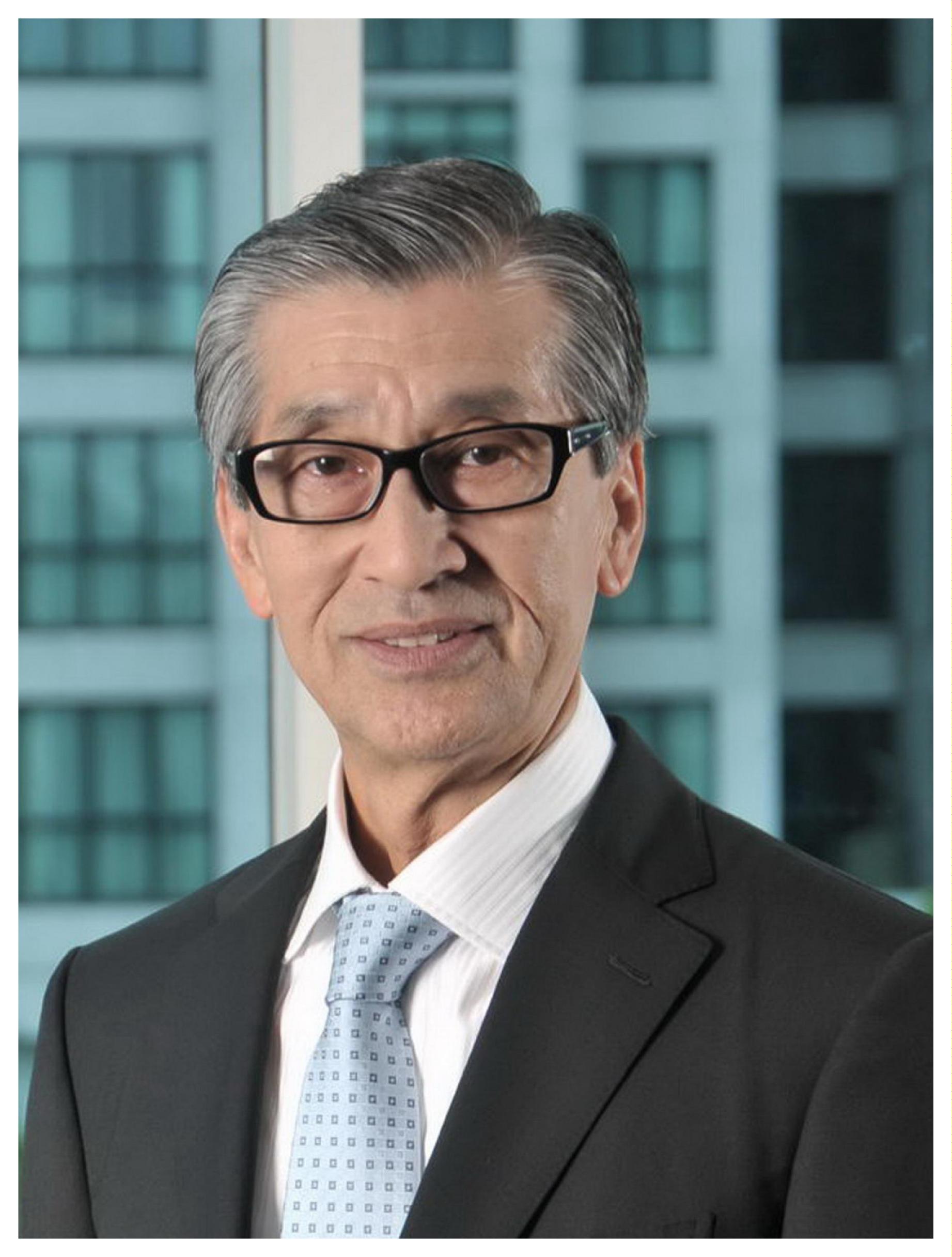 Japanese citizen, 74 years old. Appointed as Director since 2006, Mr. Tajima was also the President Director of PT Skyline Building and since November 1, 2014, served as an Independent Director.

He joined the Group in 2005 as an Advisor. He has extensive experience from his assignments in Tokyo, Sri Lanka, and Singapore, when working for Itochu Corporation. Indonesian citizen, 58 years old. Responsible for management and investment in the Hotel Division, Mr. Lie Erfurt Chandra Putra Asali has been a Director since 2007.

Mr. Asali joined the Group in 1997 and has been playing a key role in the Group’s private arms, developing venture capital and consumer financing.

Most of his assignments relate to the management and monitoring of the parent company’s business decisions, including merger and acquisition, business developments, debt restructuring and joint venture formation.

Previously, he was a Business Development Officer at Djarum Group, Jakarta, Research Engineer at United Consulting Group, Philadelphia, United States, and Assistant Research Fellow at the Biochemical Engineering Division of Unilever Research Laboratory, Vlaardingen, the Netherlands. He attained his bachelor’s degree in Chemistry from Bandung Institute of Technology, Indonesia, and a PhD degree in Chemical Engineering from Lehigh University, Bethlehem, United States. Started his career at JSI in 2000, as Finance Manager of the hotel division, and several important positions as Senior Manager of Corporate Finance,

Deputy General Manager of Investment, and as Head of the Investor Relations Department until November 2012..

Before joining JSI, he was an Investment Analyst at the Gajah Tunggal Group. He obtained his Bachelor of Architecture from Tarumanagara University and Master of Business Administration in Finance from the University of Texas at San Antonio, USA. He holds Bachelor and Master of Business Administration from Newport University, USA. Mr. Andi Sofyan joined JSI in 1981. He has over 33 years of experience in the property industry and extensive business network and knowledge.

He is a key figure involved in the development of the budget hotel portfolio.

He attained his bachelor’s degree in law from Parahyangan University, Bandung. 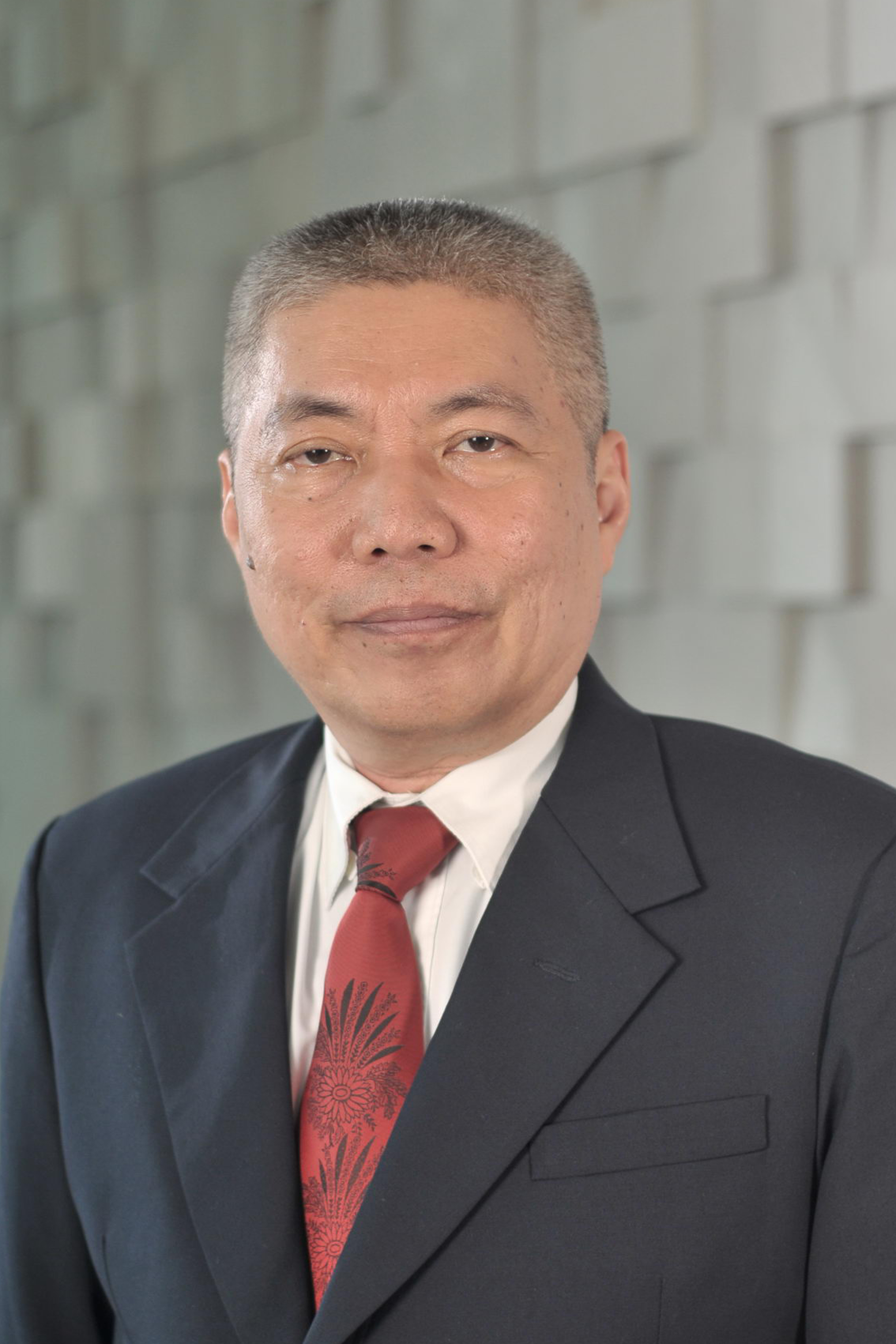 and as a Treasury Analyst at PT Jan Darmadi Corporation. Prior to joining JSI, she started his career as an accounting in Dharmala Group (INTILAND). She holds a Bachelor of Accounting from the University, Jakarta. Allen Pratomo S. joined JSI in 2006 and appointed as Director of PT Skyline Building, PT Hotel kemang Realty, and PT Hotel Yogya Realty since 2017. He prior built his career at Prasetio, Sarwoko & Sanjaya Public Accountant Office (Member of Ernst and Young) as Senior Associate and handled major Indonesian companies as his former clients.

He obtained Bachelor Degree of Accounting from Trisakti University, Jakarta. Bram joined JSI in 2014 as GM Business Development. He started his career as a property analyst at Investment Property Databank (IPD) in London, UK and moved to Hong Kong in 2007 to head up IPD’s business development in Asia. He subsequently worked at AEW Capital Management in Singapore where he was involved in research,

acquisitions and asset management for AEW’s first pan-Asian property fund. Bram holds a business degree from Ehsal University in Brussels, Belgium and a M.Sc. degree in real estate from the Royal Institute of Technology in Stockholm, Sweden. Mr. Halion Effendi was appointed as GM Operations at the Headquarters in 2006. He started his career in the Technical Department, PT Skyline Building in 1988. He developed his competence in property management through his work as the GM of Sky Garden Tower

He obtained his Bachelor of Engineering from the Polytechnic of the University of Indonesia, Jakarta. Mr. Eddy Purnama has served as President Director of PT Darsana Tempa Internasional since 2017. Previously, he was part of the Ciputra group for 21 years, where he last served as General Manager for the Manado project at PT. Citra Grand Manado.

He began his career in 1989 and was appointed to increasingly senior positions in leading companies, including Gajah Tunggal Group and Ciputra Group. He graduated from the National Technology Institute – Malang with a major in Electrical Engineering in 1988. He has also attended many courses and trainings. 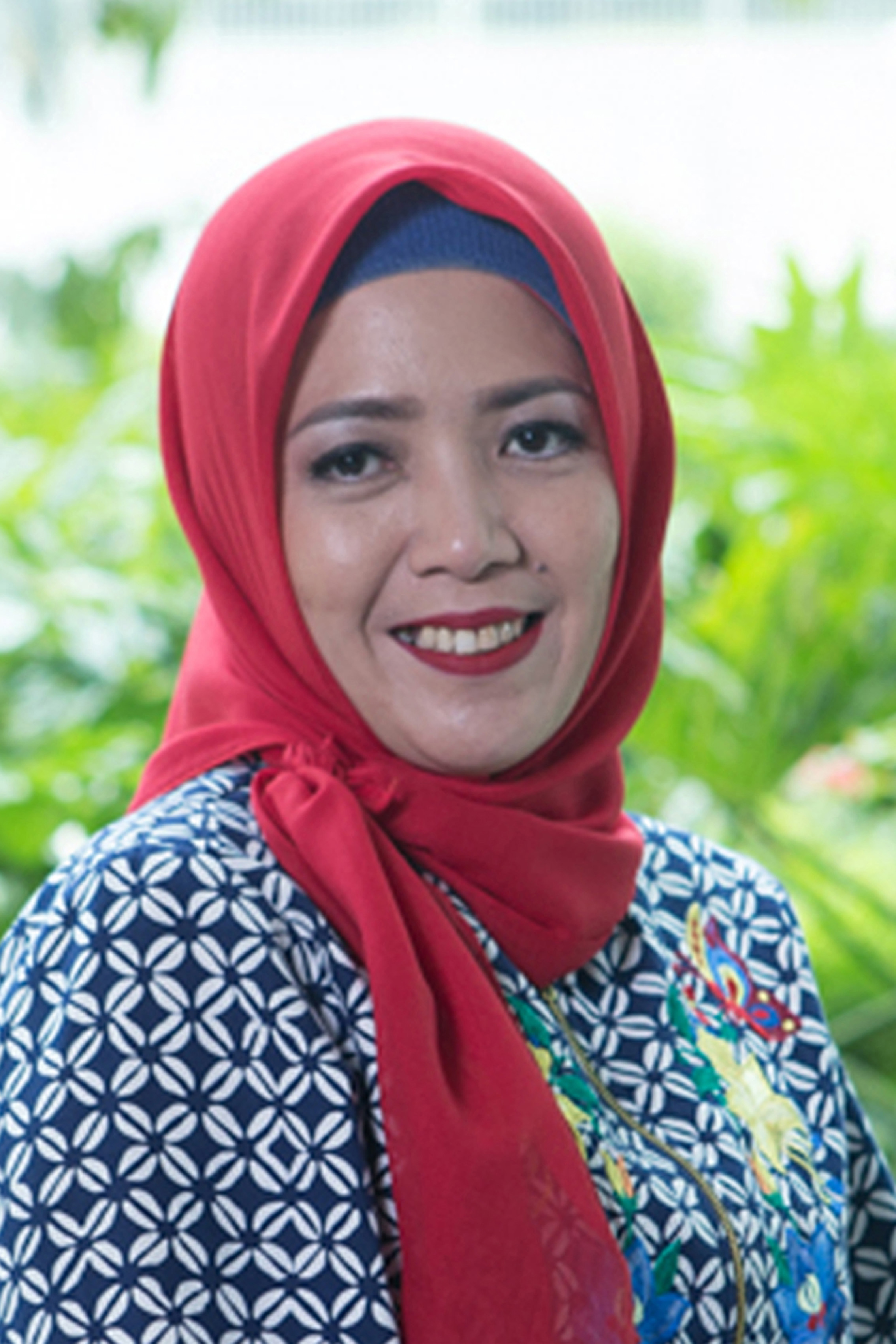 Nurlia
Head of the Internal Audit

Nurlia was appointed as Head of the Internal Audit unit on August 9, 2021. She has served as Senior Manager Accounting & Tax Head Office Division since joining the Company in 2012. Previously, she served as Associate Manager at KAP Mulyamin Sensi Suryanto & Lianny (Moore Stephens) (2002-2012).

Nurlia started her career at KAP Hans Tuannakota & Mustofa (Deloitte Touche) in 2001. She earned a bachelor's degree in Accounting from Pancasila University in 2000.

He also serves as an Independent Commissioner. 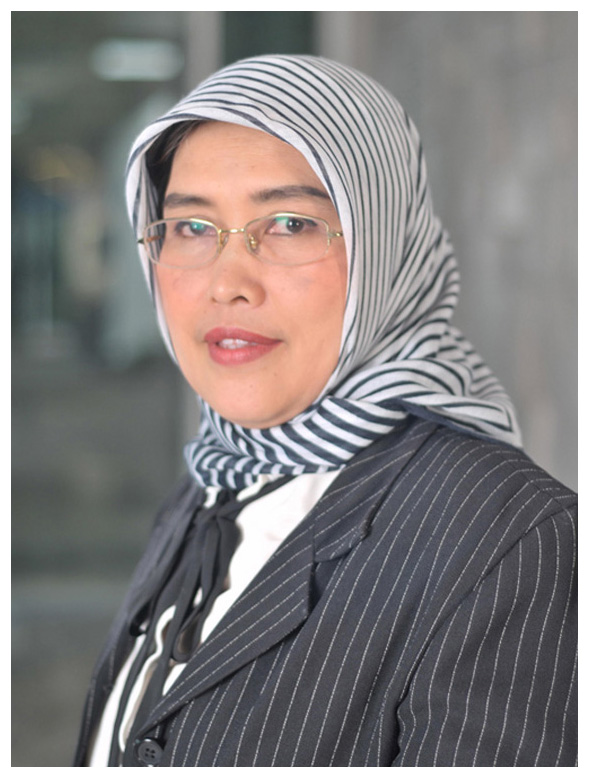 Budiana
Member of the Audit Committee

Indonesian citizen, 59 years old. Mrs. Budiana was appointed as member of Audit Committee on August 25, 2021. Previously, she served as Head of Internal Audit until 2018.

She started her career as an Auditor at the Public Accountant Office of Drs Sidharta & Co (Coopers & Lybrand). She earned a Bachelor’s Degree in Accounting from STIE YAI, Jakarta. 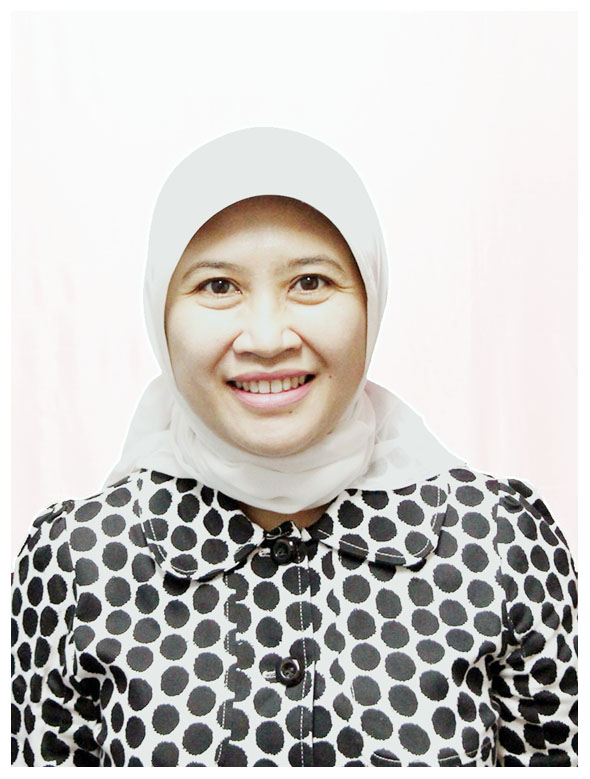 Indonesian citizen, 59 years old. Heppy Indrayati was appointed as a member of the Audit Committee on August 25, 2021. He served as Deputy General Manager Finance, Accounting & Tax at Jan Darmadi Corporation until 2017.

Previously he served as Auditor at Hans Tuanna Kota & Mustofa (Deloitte Touche) until 1994. He earned a bachelor's degree in accounting from STIE YAI, Jakarta and a master's degree at STIE IPWI, Jakarta.